Where can studying Japanese language and culture take you? Three guest speakers answered this question for the North Asia CAPE Japan Study and Career Network by talking about how their experiences learning about and living in Japan have connected them to exciting and fulfilling careers in very different fields. This first event, which took place at the Wellesley Club on 29 April 2021, was a successful start to a new initiative for bringing university students into the diverse community of people in Wellington who share an interest in Japan, and exposing them to the opportunities that Japan studies can offer. The evening attracted more than seventy people, including representatives from the Japanese Embassy, MFAT, Education NZ, Te Herenga Waka–Victoria University of Wellington, and many businesses and other organisations.

Ian Kennedy, the former ambassador of New Zealand to Japan, opened the event with remarks that put a spotlight on the value of learning language and culture for connecting with others. The value of connection became the theme of the evening for the three speakers: Steven Thompson, partnership manager and business developer with Fangamer; Alison Grant, Press Secretary for the Green Party of Aotearoa New Zealand; and Katie Lissette, a language instructor for the Japan-based Global Step Academy. Each spoke about the valuable and often unexpected connections that they made living and working in Japan through the JET programme, which have put them on three distinct and exciting paths.

A lively Q&A session and networking event followed, during which students and other attendees took advantage of the opportunity to connect and learn from each other about the diverse opportunities that await anyone who studies Japanese language and culture. 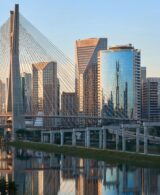